One of the most beautiful islands in the world, a UNESCO heritage

Look at the pictures


Ortigia is the soul of Syracuse for here the light, the the very essence of this island, is revealed in all its majesty.

Crossing the Ponte Umbertino, the bridge that separates Ortigia from the rest of the city, you will experience the sensation of returning to a remote, and yet familiar, place that envelops and reassures you.

The lure of the light will guide you through the streets, the cool shade of magnificent baroque buildings will soothe you in the sun-struck afternoons of August.

Time and again the all-encompassing light leads you to your next discovery, unfurls the dream, reveals the quintessential.

It seems that time stands still, and yet the headiest emotions well and overflow and our senses are generously rewarded - for the island is a sheltered haven, a new beginning, a return.

It is hard to stand aloof, resist the call of a place so secret and, at the same time, so close to the heart. 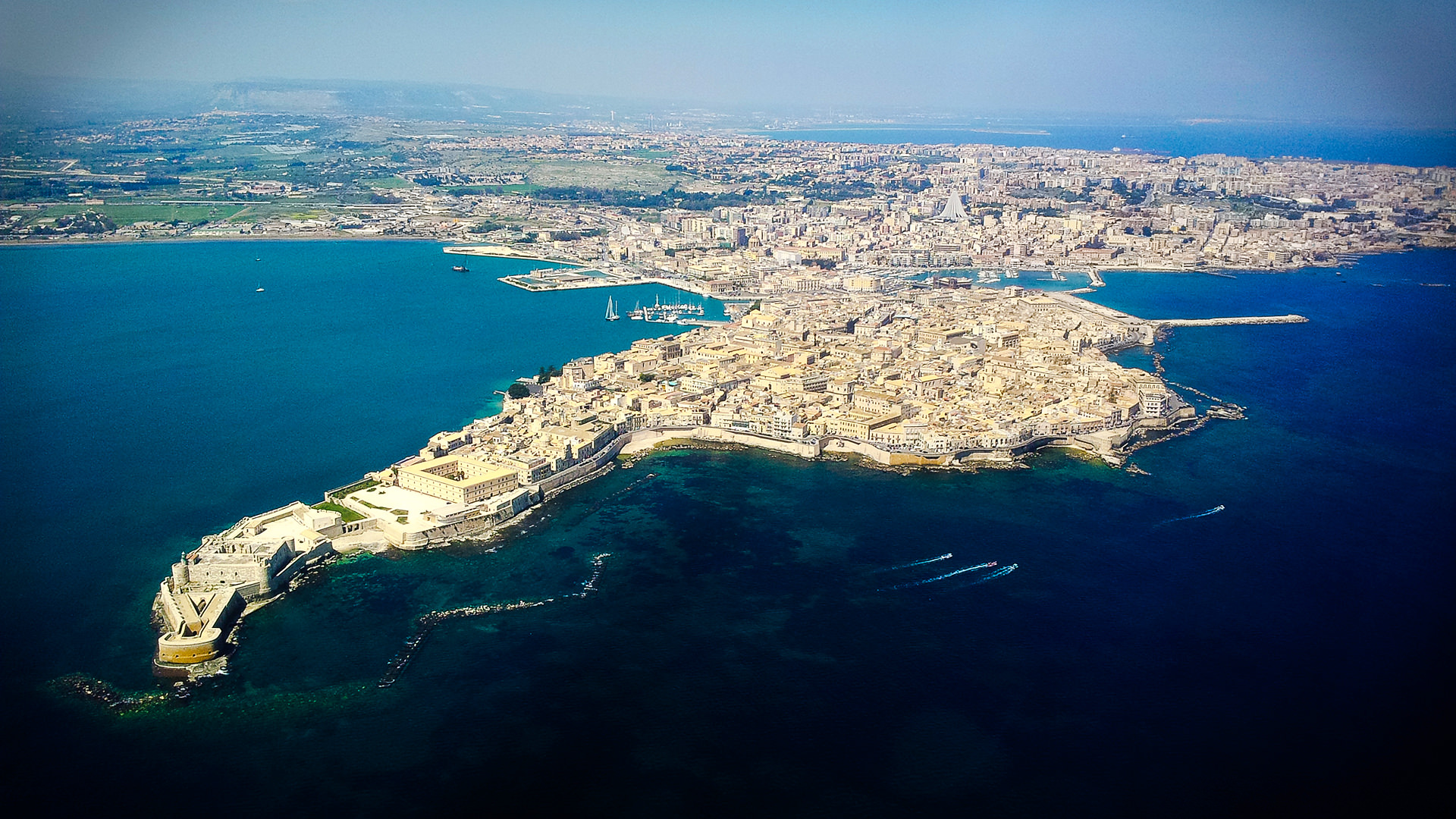 You can hear the sea, breathe it in and touch it, you are immersed in the coupletely for there are no boundaries, it is a part of everything, the purest of ingredients, magical, week and vibrant. In a house with high ceilings and white walls you are permeated by a deep sense of freedom and reconciliation, you make no attempt to resist the light penetrating the heavy wooden shutters of vast balconies, keeping you company as you explore the rooms, as you climb the ancient sotne staircase drawing you to the sky.

The muffled footsteps of a passer-by bring back the world outside, the boom of the sea and doors banging on the eddies of the breeze induce the same sense of excitement that gripped you earlier a you sailed home across the stretch of the sea from Baia del Pero.

This is how you see Ortigia, dazzling, she fills you strangely perceptive gaze, stretch out your hand and the bold waves will lead you to her. Wheeling in from the sea, like a bird, you plunge throughgh streets which, like arteries, pump blood to the heart, you are part of a vital flow, a flow that guides you and renders you rich and fertile.

This tiny floating land is a precious place that harbors the tangible evidence of an urban civisilation with over 2,700 years of history. The magnificent poise and theatricality of Piazza Duomo, the baroque elegance of its buildings and the mysterious meandering of its streets are simply the exterior attributes of a long consolidated symbiosis between nature and human industry, where the temptation to lose oneself in the mythology can be strong indeed.

In this town, founded by the corinthias in 734 BC, the encounter of landscape and history takes place spontaneously. Testimonies to the Greek survive in a milieu which also preserves important early-Christian and baroque material, embodying in its entirety a cultural legacy of unrivalled beauty.

As a result the islend's uniqueness lies in the incredible marriage of refined human creativity, evolving over the course of the centeries, and the generosity of nature, The environmental elements, extraordinarily effective in terms of perception, enrich these splendid testimonies of the past with a vitality that is replenished every day, permeating the most ordinary aspects of life.

Ortigia's market, whit the glittering blue of its fish stalls, the vibrant, intense colors of its fruit and vegetables, bears triumphant witness to the generosity of that same sea and earth that parade their fruits before the backdrop refract the heat of the sun and rebuff the salt air of the sea.

Filtering out their exuberance and rendering the people's homes a welcome retreat in perfect synchrony with the natural elements.

Everything is so permeated by this fundamental energy that an inexhaustible supply is always on tap, whatever the need. Everything, in accordance with the time of day, shall either toil or rest. The character of the house is revealed, and not just on the outside, when a hand brushes a stone window sill in the Jewish quarter, the Giudecca, or is captured in the corner of your eye as, suddenly, a detail emerges in all its complexity, or is admired in the ecstatic violencee of the scirocco, which halts everything and, at the same time, makes it move.

You wayt at the window, that abstract borderline separating you and the world, suddenly attracted by the scent of plump orange blossoms in a secret garden and the indigo-blue sky of an endless summer.